Ages ago I wrote about spotting The Big 2.5 on safari. Yes, I realise that the idea is to spot the Big 5, but we only spotted half of them last time. You can read more about that little adventure HERE.

We just had another bash in the bush recently and came away with a much improved result – 4 out of 5.

So which of the Big 5 (elephant, rhino, lion, leopard, buffalo) did we see this time?

We saw a scattering of impala, zebra and warthog to whet our appetites, before coming across a herd of elephants enjoying their evening meal. Considering they are the largest land mammals, they move surprisingly quietly.  It was their noisy food preparation (tree ripping) and consumption that alerted us to their presence.

Lion, King of the Bush

We continued our drive admiring plenty of bright birds and then rounded a corner almost stopping on top of a large indolent male lion sprawled across our path.

Barely acknowledging us he rose and padded deliberately along the track ahead stopping at intervals to liberally spray the bushes. We followed him on his territory patrol. 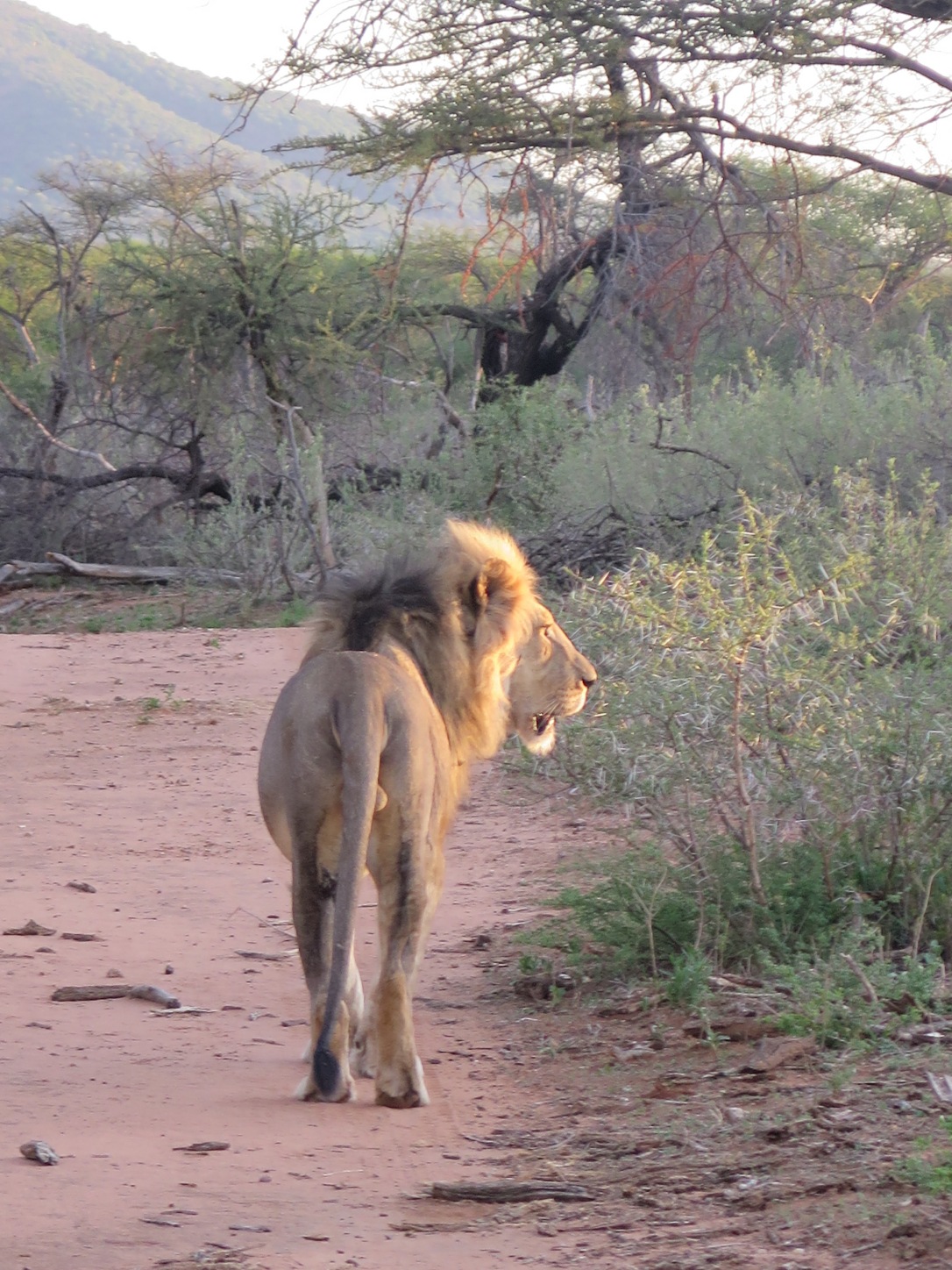 He stopped for a drink and almost – ALMOST – looked like a giant, harmless, cuddly pussycat.

Then he sauntered around the back of our safari truck at close range. He was definitely NOT a pussycat.

He slowly moved just ahead of us. I swear he’d picked this particular spot, in the golden light, atop a dam, with water either side for maximum effect as he let out a majestic series of roars, which reverberated across the water. I could feel vibrations tickling the soles of my feet through the base of the truck.

Things began to get exciting as he continued across the dam and a troupe of baboons began to scream from the tree-tops.

Exciting, until the lion promptly decided he’d had enough and flopped on the ground in a static state.

So we had excellent Elephant and Lion sightings on our first evening.

Find out what else we saw in the bush here and here.