It can be tough being the Trailing Spouse on an expat posting, there are times when you feel like you are the excess baggage.  The life and career you had built before is almost certainly on hold or possibly gone forever, particularly if you are not permitted to work in your host country and the goal posts move even further apart if you decide to start a family while you are overseas.

There are two choices.  You can bemoan the doors that have closed to you or go out and unlock some new ones.  There are many inspiring expats who have used their time to do something new and go in unexpected directions.

Fellow expat Debi Beaumont is one of them.  She had a busy and successful career in London.  However, when she landed in Johannesburg as a shiny new expat, suddenly career-less and also pregnant she slowly realised that her hobby was becoming a passion that opened new avenues up to her…

“When I arrived in Johannesburg for the first time (we’ve been back and forth a lot!) I was new to the expat thing, I knew nobody in the city and I was so extremely nauseous with my first pregnancy that it could take hours to drag myself out of the flat each morning. How on earth was I going to meet anybody and make friends, I wondered.

The answer came in a small classifieds advert in the local paper. A local art class ran twice a week and was only a short drive away. A chat with the friendly teacher confirmed that it was a laid back affair and yes, I could munch my anti-morning sickness marmite sandwiches throughout the class.

The class turned out to be an absolute blessing. I got to do something I loved and meet a few people. It was the difference between settling into expat life and hiding at home in a fog of nausea. After a few classes I decided I would like to create some art for the bedroom wall of my unborn child. Living in Africa inspired the theme of painting African animals and I chose to create some bright mummy and baby canvas paintings. I created three paintings for the nursery over the next few months and proudly put them above the cot when baby Zachary was born back in England several months later.

When Zachary was 4 months old we returned once again to Johannesburg. At this point my baby boy was sleeping well. He took about a 2-hour nap in the middle of the day. I had a domestic worker doing all my housework and my visa did not allow me to take a job in South Africa. I decided I needed a project and returned to my art group with a plan. I had completed 3 mommy and baby African paintings so why not do 26 paintings – one for each letter of the alphabet. My child would have his very own ABC book.

Painting has always been my hobby and sitting down to paint in the light and sunny study of our African home was a joy. Although there were times when it seemed like I would be painting the book forever, it was exciting to have a project and a goal. Just under a year later I finished the paintings and our little family moved to Australia. I no longer had quite so much time on my hands as Zachary didn’t nap so long and I sadly had to get used to doing all the housework again. But I enrolled on a short course, over several weekends, in graphic design and learnt a bit about Adobe Photoshop and InDesign and other lessons in typography and layout. Gradually over time a book began to form on my computer. A couple of years after starting the project I self published with the help of self publishing website Lulu.

It was a special moment to be able to hold the book created for and dedicated to my son. I could say I had painted all the pictures, written every word and published all through my own determination. Being an expat and a trailing spouse can be discouraging at times. I gave up a good career to follow my husband around the world and raise a family and at times it is tempting to doubt whether I am doing enough with my life. Setting myself the goal of creating and publishing my own book motivated me and brought some purpose to some of the more mundane days, far away from family, friends and “home”.

My greatest success with the book came when we returned once more to South Africa and I started to show my book to people there. Displaying it in the environment in which it was originally created really made sales take off. Souvenir shops, zoos and wildlife parks took copies for their gift shops and they also sold well at small craft fairs. For me the project solidified that I wanted life after babies and small children to contain art and design. I have enrolled in an online degree in Illustration and Graphic Design and hope that this will inspire greater projects for the future.”

Another project Debi was involved with is the Knocked Up Abroad Again book. Her chapter covers her birth experience in Johannesburg and her video explains her motivation to get involved in the book. 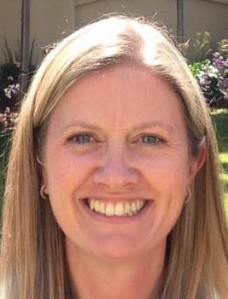 Debi was born in Brazil and raised in the UK.  She followed her husband to Australia and several times to South Africa, before returning home to the UK.  Along the way she has had 3 children on 3 different continents.    When she is not being taxi driver, cook, tutor and dogsbody to her 3 boys, she spends her time drawing and painting and completed an online degree in Illustration with the Interactive Design Institute.

Thank you so much Debi for taking the time to share your story and your book with us.

Have YOU done something different, unexpected or remarkable with your time as an expat Trailing Spouse?  Have you started a business, climbed a mountain, written a book or made a difference to your local community?  What’s your generation eXpat story?  I’d love to hear from you.

1 thought on “Generation eXpat: From Statistician to Illustrator”