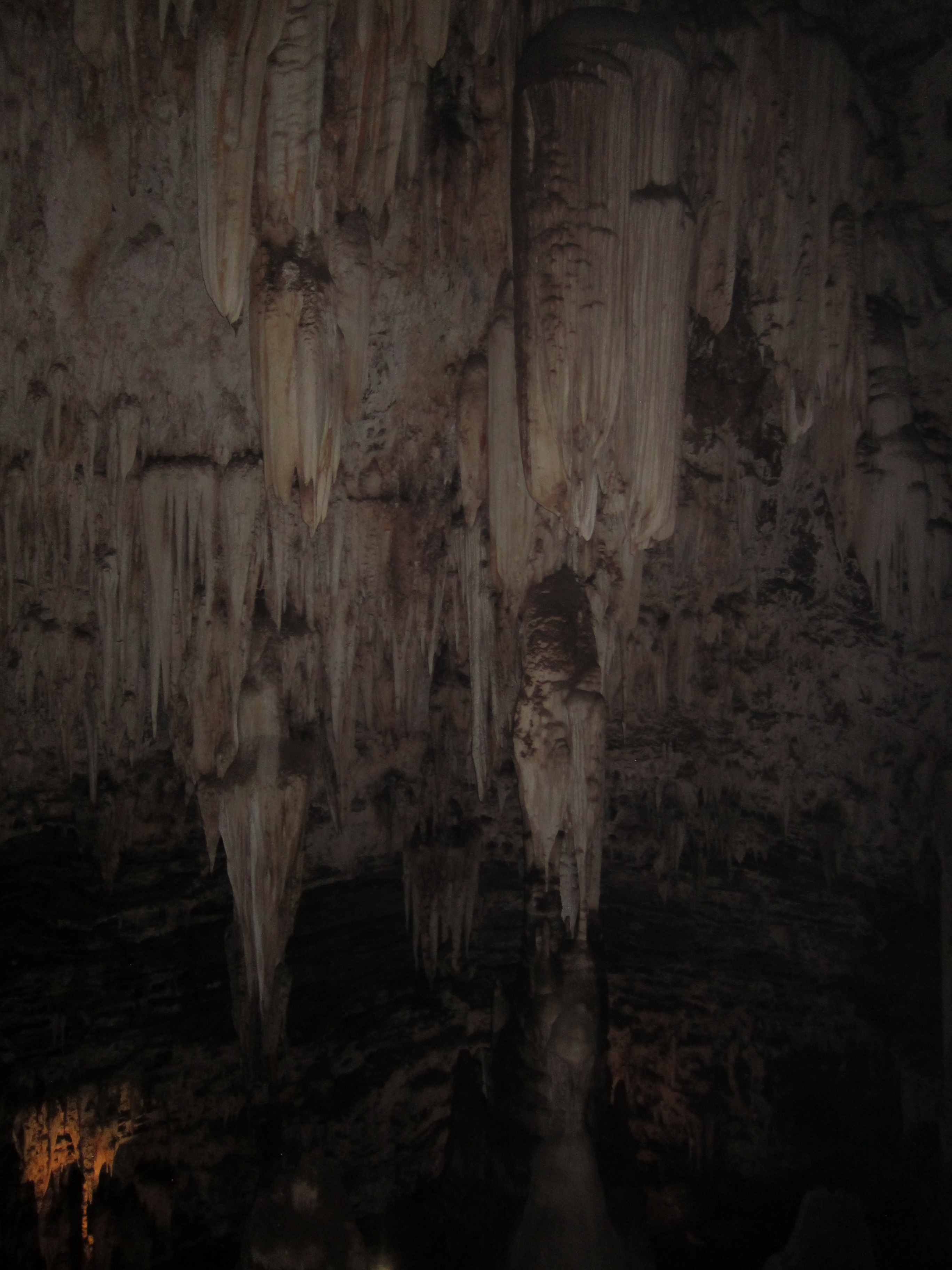 The ancient Wonder Cave is North of Johannesburg in the Cradle of Humankind and was discovered by Italian miners in 1898. 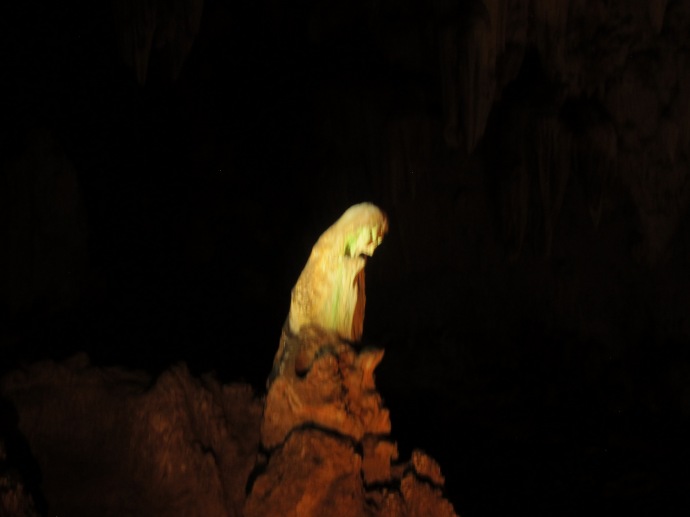 Is the Wonder Cave scary?

If confined spaces make you anxious, don’t worry too much, the most claustrophobic part of the tour is descending in the lift.  At the bottom you wander round a single, cathedral like chamber. There are no hard hats and there is no crawling or ducking involved and you won’t end up covered in mud or prehistoric ooze. However, it pays to walk carefully as some of the floor is uneven.

It’s gloomy and there are bats.  The bats are small and few, but you are advised to try to avoid stepping in any fungal bat mess which, although unlikely, COULD hypothetically cause Cave Disease (also known as Histoplasmosis). Cue our group members reflexively pulling sleeves and necklines over our mouths and noses.

In addition to rim stone pools, pretty rock formations and fossilised baboon remains, you will see some of the mining equipment that was left behind by the miners.  From when the cave was discovered, the Italian miners extracted limestone, (used in cement, washing power, toothpaste and in the gold mining process). They mined approximately 15% of the cave’s limestone before soon abandoning their fairly un-lucrative mining activities around the time the Anglo Boer war broke out a year or so later.

According to our guide these miners worked by the light of just two candles and what little daylight came from the entrance.

My Italian friend who had organised our trip was incensed that people were being told that Italians were dim enough (no pun intended) to mine by the light of only two candles. “So did they hold the candles? Did they put the candles on their heads? Italians are not so stupid.  What a ridiculous story.”  I was tempted at this point to quip that had the miners been British, surely they would have had four candles, rather than two – a reference to the late, great Two Ronnies and their famous ‘Four Candles’ comedy sketch, a reference that would have been completely lost on my companions so I kept it to myself.

The tour guide’s explanation that the two-candle-theory was based on the fact that two candles were found in the cave when it was later re-explored sounded flawed and I have to agree with my friend that only two candles sounds unlikely.

No wine, but you could have a beer with your lunch

A French lady in our group initially wondered whether we were going wine tasting (in French, the word caves means wine cellars) and although this wasn’t the case, I think she and everybody else in our small party had a great time.  It’s a pleasant outing (don’t let the bat poo and the steps put your off) and as it’s within the confines of the Rhino and Lion park, you could combine it with some low key game viewing.

The Cradle of Humankind is riddled with caves.  In addition to the Wonder Cave, you can visit the more famous Sterkfontein Caves or have a most adventurous experience in the Bat Cave (hard hats, head lamps, overalls, abseiling and mud) with Wild Cave Adventures.

Please note:  My camera lies, the cave is much MUCH prettier, these pictures do NOT do the Wonder Cave justice.